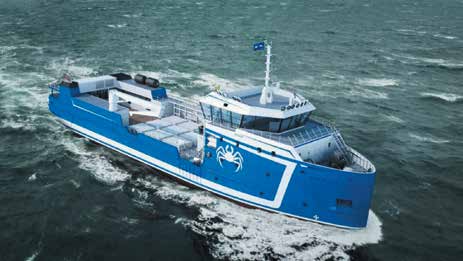 Investment quotas are a key driver of civil shipbuilding development in Russia. For the recent two-plus years, domestic shipyards have secured orders for construction of 78 fishing ships worth over RUB 228 billion.

The fleet used to represent the core of soviet fishing industry. Rapid growth of fishery was primarily ensured by intensive expansion of the fishing fleet with well-equipped modern ships featuring high efficiency. Over a half of them were supplied by national shipbuilding enterprises. In the post-soviet period, the fleet expansion was occasional. Ship owners used to acquire ships in the second hand market or ordered them to foreign shipyards. Between 2010 and 2016, Russian shipbuilding companies built 30 fishing ships, mostly small-size ones.

According to the Strategy for the development of shipbuilding industry in Russia, the needs of the domestic market till 2035 can be satisfied with the construction of about 3,904 ships: 250 sea-going cargo carriers; 1,500 cargo carriers of mixed river/sea class; 250 ships and marine facilities for auxiliary and technical fleet; 90 scientific research ships; 24 icebreakers; 150 ships and marine facilities for the development of offshore fields; 1,640 fishing ships.

According to the analysis of shipyards’ capabilities and financial/economic status of ship owners, transport and leasing companies, the needs of the domestic market for civil ships and marine facilities cannot be satisfied within the above-mentioned period. Although local shipyards are underloaded, the number of orders is limited by the capabilities of potential customers. Their current financial and economic status allows for covering no more than 8% of the demand for fishing ships. Thus, the demand for fishing ships supported by potential customers’ financing is estimated at 130 units. Taking into consideration the period of construction, which currently ranges between three and five years, there can be four phases (four years each) with construction of 32 units per phase. That is a forecast but what is the reality of placing orders for fishing ships at domestic shipyards?

So called “keel quotas” were approved almost three years ago: shipping companies were provided with additional quotas for catching aquatic bioresources upon the condition of having their fleet upgraded through placing orders for construction of modern ships at Russian shipyards. It is quite a logical approach: domestic fishing fleet has been worn out while shipyards lack civil shipbuilding orders.

Thus, the investment quota programme on construction of fishing fleet involves 16 shipyards across the country, from Kaliningrad to Kamchatka. Three years after the programme launching, the customers obtained two ships out of five units planned for the delivery. 12 ships are to be delivered in 2020.

FACTORS OF PARTICULAR REGARD

As of today, the ships have been only built by Yantar Shipyard. However, the company encountered objective and subjective challenges typical for the entire industry. Let’s analyze the points that have led to the current situation using Yantar as an example.

First of all, it is revision of foreign concept designs. Most of Russian customers opted for foreign projects not taking into account that their alignment with the requirements of Russian Maritime Register of Shipping (RS) actually meant the development of new designs. In fact, designing was carried out parallel to the shipbuilding process due to which adjustments of design documentation inevitably resulted in numerous alterations on the ship under construction. Establishment of branches of the leading foreign design bureaus failed to give an immediate result as foreign designers had no experience in interaction with the Russian classification society while Russian engineers had no experience in designing of modern fishing ships.

Another negative factor is the requirements on import substitution foreseen by the regulations.  Not all equipment has Russian counterparts.

One more problem is the absence of experience in construction of fishing ships and staff shortage. Hi-tech solutions applied while building fishing ships require application experience and professional workforce able to cope with the task within the shortest possible time. Since the majority of orders were placed at the shipyards of the North-Western Region due to their historically developed leadership in the shipbuilding market of Russia, such a surge of orders resulted in the shortage of qualified personnel at virtually all shipyards. Consequently, deadlines of most orders had to be extended.

Meanwhile, competence acquired by Russian shipyards will let them build similar ships within shorter periods of time with less funds raised. In the current conditions, reduction of import dependence in all sectors of industry, including shipbuilding, is among the priorities.

The cost of the Northrn Sea Route Battery powered ships — the future of shipping? Russian autonomous ships to be backed by response crews ready to intervene Digitalization via COVIDization A matter of dredging and hydraulic engineering Impulse to stable demand 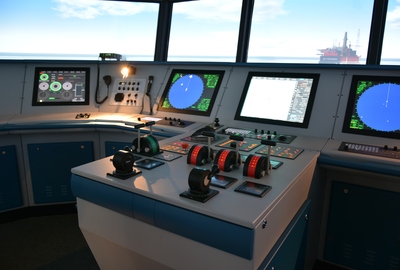