Experts and participants of the trial project on unmanned navigation in the Russian Federation aimed at widespread deployment of autonomous ships under the flag of Russia told about the project advancement at the dedicated videoconference “Autonomous ships – progress or blind lane?” organized by PortNews Media Group.

Shipping companies will be able to commence operation of Russian-flagged autonomous vessels from 2021, Alexander Pinskiy, General Director of Industry Association MARINET and the project lead, said at the videoconference “Autonomous ships – progress or blind lane?” organized by PortNews Media Group. Proper national legislation development and technology tests within the real conditions will be completed in 2020 as a results of the Marinet project supported by the Ministry of Industry and Trade in 2019. Alexander Pinsky emphasized that already operating vessels can be made autonomous through modernization and installation of dedicated equipment as a result of the project.

As Marinet member Vitaly Klyuev, Advisor to Pola-Invest LLC, told during the event, introduction of autonomous ships en masse is expected in the world on the horizon of five-ten years. According to him, ship owners are to benefit from saving on crew costs which can account for up to a half of all operational expenses.

Currently the Autonomous and Remote Navigation Trial Project involves major Russian shipping companies Rosmorport, Sovcomflot and Pola Rise with four commercial vessels. The latter two are interested in establishment of shore-based centers for remote control of vessels while Rosmorport is working towards controlling a convoy of dredging ships from one of vessels.

Among the national companies and organizations involved in the project are general contractor Kronshtadt Group, R&D company AME, Russian Satellite Communications Company, etc. Representatives of the companies provided the videoconference participants with an insight into their developments including their principles and functioning, and presentation of technical solutions. The set of technologies will allow to use any type of the sip control depending on different conditions – autonomous, remotely operated and traditional onboard control.

When speaking about the impact of autonomous shipping on the labour market, Vitaly Klyuev noted sufficiency of workplaces for the certified navigators since IMO estimates their deficit at 20% which is only to be covered by unmanned ships in the beginning. Nevertheless, it is already time to start developing training courses taking into account the specifics of autonomous shipping. The expert believes that navigators ready for remote control of ships from shore-based centers will be in demand.

According to Alexander Pinsky, introduction of autonomous shipping ensures higher comfort and, what is more significant, higher safety for seafarers. Some of them will be involved as “maritime special forces” – emergency teams ready to board ships for controlling them manually or for responding to any possible problems.

As for the regulatory aspect, Vitaly Klyuev does not see any unsolvable problems although this work has not been finalized yet, neither at the level of IMO, nor at the national level.

National bill on autonomous shipping is currently under consideration at the Ministry of Justice. Upon obtaining of approval from RF Government, which is expected in June, the document will be submitted to the State Duma. The draft law specifies autonomous and semiautonomous ships, describes requirements to their crews (if there are any crewmembers) and onshore personnel, functions and responsibilities of masters, ship owners’ role, water areas for operation of such ships and port regulations applicable to them. In particular, the document states that an autonomous ship can be operated by a dedicated organization.

Besides, RF Government’s Decree allowing for running experiments with Russian-flagged autonomous ships and voluntary participation of ship owners is drafted and will be submitted to the Government in June. The Federal Marine and River Transport Agency (Rosmorrechflot) will be in charge of the process safety with information about the tests to be provided to IMO.

“It is the paradigm of the legal framework, technological developments and economic benefits for ship owners under which autonomous ships are to appear”, summarized Vitaly Klyuev.

IMO’s Maritime Safety Committee (MSC) session scheduled for May 2020 was to finally approve the conceptual framework and outline the principles of further regulatory work. It had also been planned that specifics related to autonomous ships will be covered by 90% of IMO instruments throughout the year of 2020. However, the session was postponed indefinitely amid the ongoing coronavirus situation. As of today, Russia has informed IMO about the national legislation changes and ongoing autonomous ship trials.

The cost of the Northrn Sea Route Battery powered ships — the future of shipping? 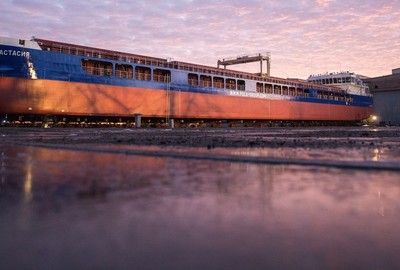 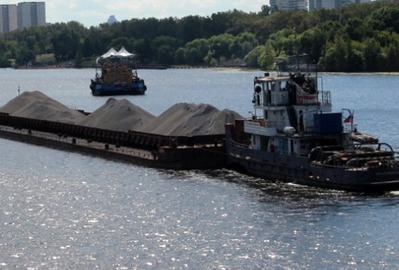 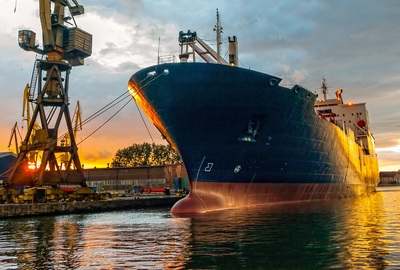