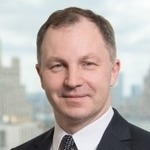 Also, there are scrubbers which have a negative impact on the environment: it is not clear what should be done with them in the future, how to dispose them.

One of the promising solutions is the liquefied natural gas to be used as a motor fuel. It is increasingly used worldwide with the development of LNG market where Russia is showing rapid development being forecasted to take up to 20% of this market.

What is a hindering factor? Here should be undertaken a package of measures contributing to a large-scale transition to a new type of fuel... However, as recent data show, despite of becoming widespread, such ships (LNG-powered ships - Ed.), standard Aframax, cost 20% more than conventional ones. Consequently, a ship owner will think thoroughly before ordering such a ship. The second challenge is the availability of LNG bunkering points. Large oil and gas companies, including Russian ones, are working to offer solutions, primarily in such areas as the Baltic and the North seas where the network of such point is expanding.

The state should encourage the transition to alternative fuels... Global problems are often being solved on a regional level an some countries, mostly European ones, and the USA have introduced special zones where special requirements on marine fuel are already being applied...

What is going on in Russia? Sovcomflot has ordered a series of LNG-powered Aframax ships and we consider it as a positive signal. They have signed contracts of global oil and gas companies that will ensure bunkering in sufficient amount. A joint project is being developed by NOVATEK and Atomflot on construction of four gas-powered icebreakers, which is also a positive signal.

What does the state do? The first step is the application of a decreasing coefficient of 0.9 to call rates for LNG-powered liquid bulk carriers at the seaports of Primorsk and Ust-Luga.

I hope we will continue this work on environment protection together.