LUGAPORT terminal construction kicks off at Port of Ust-Luga 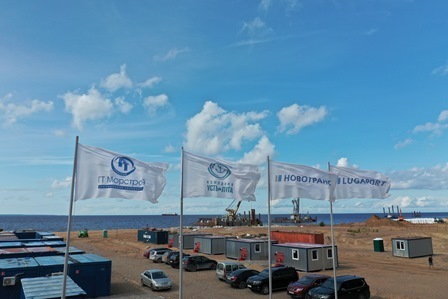 Novotrans Holding, Ust-Luga Company and GT Morstroy commenced shore protection works within the framework of the investment project of the multipurpose terminal complex LUGAPORT in the seaport of Ust-Luga based in Leningrad Region, Novotrans, the construction customer, said.

At the end of July, the project documentation and engineering site investigations prepared by GT Morstroy ZAO, the project general designer, obtained positive opinion from Russia’s Glavgosexpertiza and then Rosmorrechflot issued a building permit.

Novotrans Group of Companies implements an investment project for the construction of Ust-Luga Universal commercial terminal as part of the development of the 4th, 5th, and 6th phases of General Cargo Complex at the Port of Ust-Luga. The project was developed for construction of marine terminals for handling grain, food cargo, general and bulk cargo. Projected throughput of the facility is 24.3 million tonnes. Investments in the project will total RUB 46.5 billion.

Novotrans Group was founded in 2004. The holding is one of the largest operators of railway rolling stock in Russia and the CIS. The total fleet of freight cars exceeds 25,000 units.

Ust-Luga Company was established in 1992 for the construction and development of a seaport in the Luga Bay, the Gulf of Finland. with annual throughput capacity of 180 million tonnes of different types of cargo.